No Fireworks at Disney’s Animal Kingdom

While fireworks are the perfect ending to a day at the Magic Kingdom, Epcot, or Disney’s Hollywood Studios, the same can’t be said at Disney’s Animal Kingdom. Rivers of Light is the nighttime show, but there are no fireworks in it. The reason is simple, Disney does not want the loud fireworks to bother the animals who call the park home. 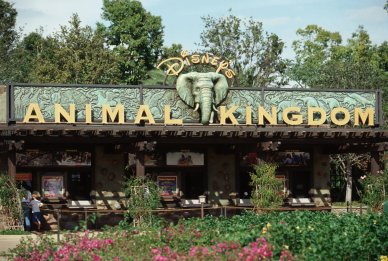 At Epcot the end of the night show is IllumiNations: Reflections of Earth. Most nights the show takes place at 9:00pm. During the Christmas season it is moved back to 9:30. Fireworks are just one element of IllumiNations. It tells “The Story of Earth”. The tale is in three parts. There is a 350,000 pound globe in the story, and fire shoots 60 feet into the air. The show ends with fireworks in a grand finale that you won’t soon forget.

If you ever want to chat about Disney, come over to Goldwiser in Old Town Spring.  We are open from 10 am to 7 pm Monday through Saturday and located at 1122 Spring Cypress Rd., Spring, TX 77373.  Let’s talk some Disney World! While you’re at it, bring your old gold, silver and platinum jewelry and old coins. Maybe you can get some extra cash for a Disney trip!

Stay tuned for the finale in Part 4.