Mark Zuckerberg appeared in front of US senators on Tuesday and at times looked like he’d rather be anywhere else.

And, of course, it was something that was picked up on by social media.

The Facebook CEO’s at-times awkwardness saw him being compared to Star Trek’s Data – an android who struggles with human behaviour and emotions.

The senators, who were grilling Mark about Facebook’s role in the Cambridge Analytica data scandal, also opened themselves up to ridicule – with some pretty unbelievable questions.

Plenty of the jokes about the hearing had to do with The Social Network – the 2010 film which told the story of Facebook’s creation.

The billionaire’s sometimes awkward appearance in front of the senators didn’t go unnoticed. 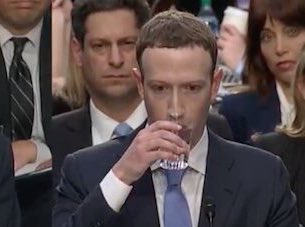 me when I realize my actions have a consequence

“don’t forget to drink the water, humans like water”

Mark Zuckerberg’s manner has always reminded me of someone, but I could never quite grasp hold of it.

Just now it hit me, watching him testify about data. 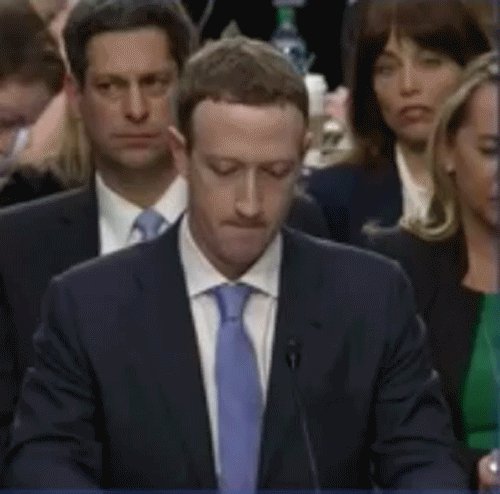 when everything’s fine and you feel great

The Facebook founder was under a lot of scrutiny – check out all these photographers – so feeling some pressure is understandable.

Mark Zuckerberg in 2016: “Personally I think the idea that fake news on Facebook … influenced the election in any way is a pretty crazy idea”

It made people think about just how lucky some of them are. 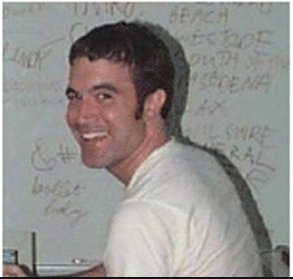 tfw you aren’t being grilled by the Senate Judiciary Committee

But it wasn’t just Mark Zuckerberg that people were paying attention to.

Many noted that the Facebook boss was living through a lot of people’s “worst nightmare” live on TV.

Mark Zuckerberg is now living out every young person’s worst nightmare: trying to explain how tech stuff works to the nation’s elderly

At one stage, Mark was asked whether Facebook could see “emails” sent over WhatsApp – while Senator Orrin Hatch asked how Facebook can “sustain a business model in which users don’t pay for your service?”

“Senator, we run ads,” was the Facebook boss’ response.

“Senator, we run ads” is my new T-shirt.

But the senators gave as good as they got – which saw Illinois’ Dick Durbin receiving lots of love for his question to the CEO.

“Mr Zuckerberg, would you be comfortable sharing with us the name of the hotel you stayed in last night?” he asked.

When Mark said “no”, he replied: “I think that may be what this is all about. Your right to privacy.”

It was a rare moment when the senators, who had an average age of 62 according to Vox, weren’t being mocked.

84-YEAR-OLD SENATOR: excellent. mr zuckerberg my farmville farm needs more pigs but i cannot figure out where to purchase them

“Mr. Zuckerberg, a magazine i recently opened came with a floppy disk offering me 30 free hours of something called America On-Line. Is that the same as Facebook?”

“Mr. Zuckerberg, I have just one question about Facebook: Where do I find my Hotmail?”

“Mr. Zuckerberg, can you change Snapchat back? My granddaughter won’t stop complaining about it.

Also, what is a Snapchat?”