His former in-laws were taken into custody Wednesday at the Miami International Airport and are being held in Florida on federal charges of international parental kidnapping and conspiracy.

“There’s no doubt they should be included in this,” Brann told “GMA” co-host Michael Strahan of having the parents of his ex-wife, Marcelle Guimaraes, arrested. “You have to understand that I did not take this decision lightly. It’s certainly not something that I wanted to do, but I really felt like I didn’t have any other options.”

Marcelle Guimaraes’ attorney said the couple’s arrest is “absurd” and contended “international law gives Brazil the right to decide where the child lives.”

They have not yet entered a plea.

In July 2013, Brann, who shared custody with Marcelle Guimaraes, gave his ex-wife permission to take their son to her native Brazil for a family wedding. According to the criminal complaint, which included findings from FBI agent Christopher Petrowski, Marcelle Guimaraes was to take Nicolas to Brazil July 2 and return no later than July 20, 2013.

But the mother never returned the child to Texas.

In his affidavit, agent Petrowski said he believed Marcelle Guimaraes and her parents had removed Nicolas from the United States “with the intent to obstruct the lawful exercise of parental rights” and “conspired either to commit any offense against the United States, or to defraud the United States.”

The FBI agent said his investigation determined that Marcelle Guimaraes had premeditated the alleged abduction before their July 2013 flight to Brazil. She enrolled the child in her mother’s school in Brazil in April 2013 for the 2013-2014 school year, Petrowski said, and had been offered a job at the school the following month.

Meanwhile, Petrowski said, Carlos Guimaraes made up excuses for why his daughter had not returned to the United States, telling Brann she was sick or awaiting medical tests. He also sent Brann an email that the boy would be returning home Aug. 4, 2013, the same day Marcelle Guimaraes’ lawyer informed Brann his ex-wife and child were working to “establish permanent residence in Brazil.

Brann later learned that soon after she arrived in Brazil, his ex-wife was granted sole custody of Nicolas by a Brazilian judge without even sending him notice of the hearing, agent Petrowski said in his affidavit.

“It’s about the hardest thing you can imagine because there’s never any closure,” Brann said of his ongoing fight to regain custody of his boy. “You know, if there were a death in the family or some other pivotal event, you can kind of bookend it and say that happened and then move on and grow from that, but this is an opportunity really where every chance that you get there’s just more injury, there’s more harm, there’s more pain.”

He said most days he goes to work and tries to be uplifting for his patients “when deep down inside, I’m suffering every single day.”

Brann said he last saw his son two weeks ago when he went to Brazil, one of more than 20 trips he has taken to the country in his effort to bring the child home.

He said that like all visits with his son, it was at the discretion of his ex-wife. He said the visits are always in the “presence of armed guards, who watch him and report everything I do.”

He described his home in Houston as “a mausoleum to his son.”

“You know, everything in here reminds me of him, but I’ve stayed in this house in hopes that when he returns he’ll have something that he’ll remember that will trigger that emotional response of what it was like when he was here,” Brann said.

He said he considered that the arrests of his son’s grandparents might further drive a wedge between him and the child.

“Absolutely, there’s that potential. There’s no doubt that in these parental abductions, the classic story is the alienation part and certainly the abducting parent will use the child against the left-behind parent…,” Brann said.

“And I certainly have that fear but, honestly, I’ve had that fear the whole time, which is why I have fought so hard to be a constant presence in my son’s life over these last five years despite the challenges.” 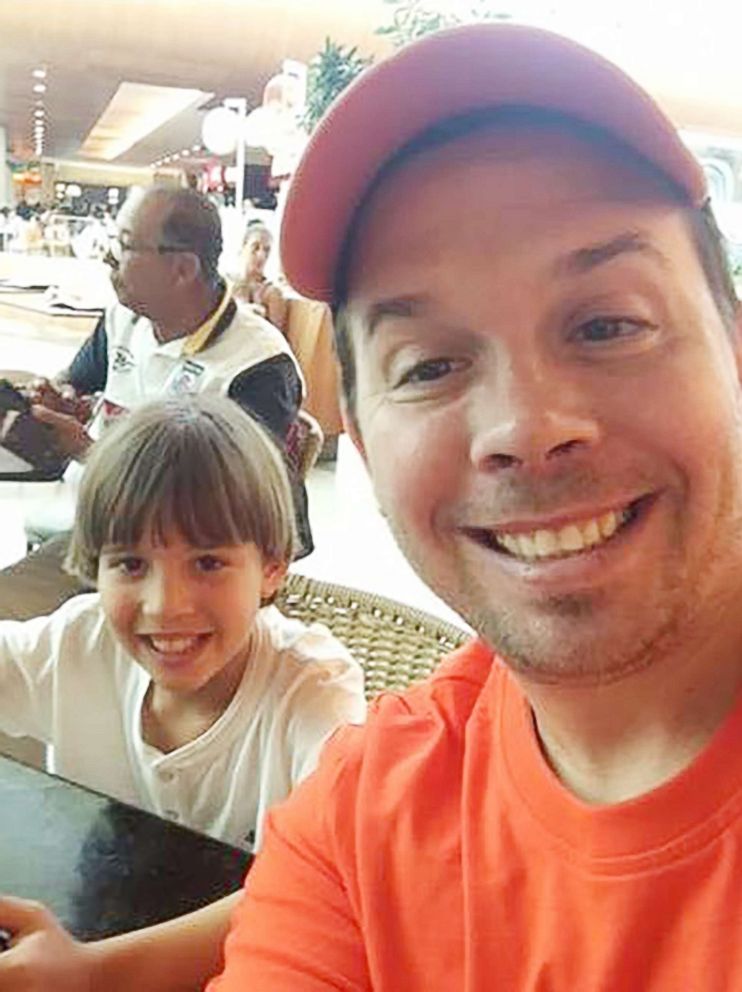