Leave it to “Deadpool” to drop its first trailer for the highly-anticipated sequel and immediately feature fourth-wall breaking satire.

Add Marvel as an interest to stay up to date on the latest Marvel news, video, and analysis from ABC News.

“I was born into war,” says Cable, who in the comics hails from the future. “People think they understand pain, but they have no concept of it.” 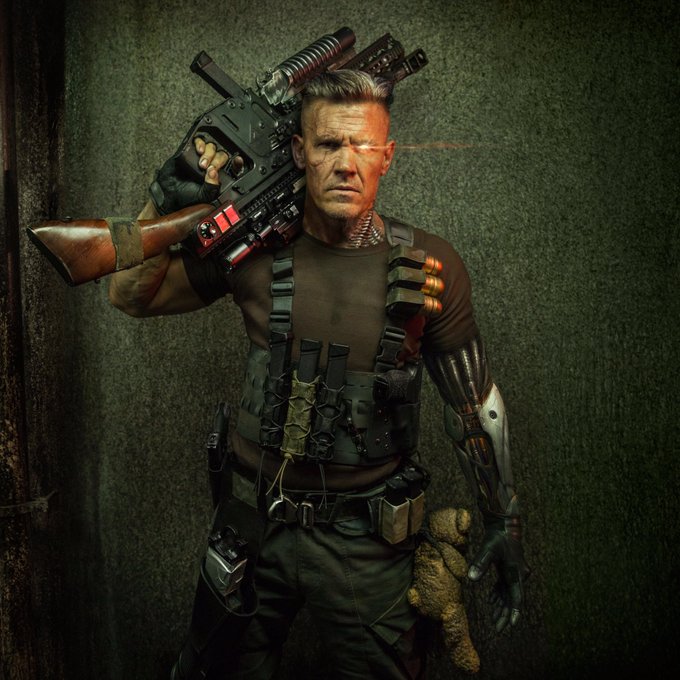 About 30 seconds into his monologue, Brolin steps out with a green-sleeved arm and Ryan Reynolds‘ Deadpool immediately pounces with the jokes about the footage not being finished.

“What in the actual a–,” he says. “Why are the visual effects not done? It’s a metal arm.” He then pokes a little fun at rival D.C. Comics’ “Justice League” by mentioning Superman actor Henry Cavill‘s famed mustache that had to be digitally removed. 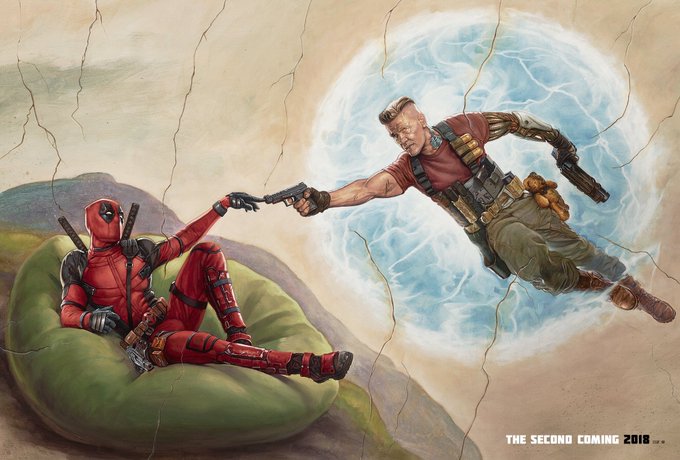 Some might call this creation a masterpiece, but to me it’s just well hung art to be shared with the world.

But let’s not digress. The clip then turns to Deadpool playing with figurines of himself and Cable.

After Deadpool has some fun, the real footage continues and features our old buddies from the first film, including Colossus and Negasonic Teenage Warhead. We also see a quick flash of Deadpool’s new buddy Domino.

“Your time’s up you dumb f—,” Cable tells Deadpool. In the comics, the two are allies, but as expected Deadpool’s wise-cracking ways tend to get under the serious Cable’s skin … or metal, whatever.

The “Deadpool” sequel is out May 18 and like the original will be rated R.