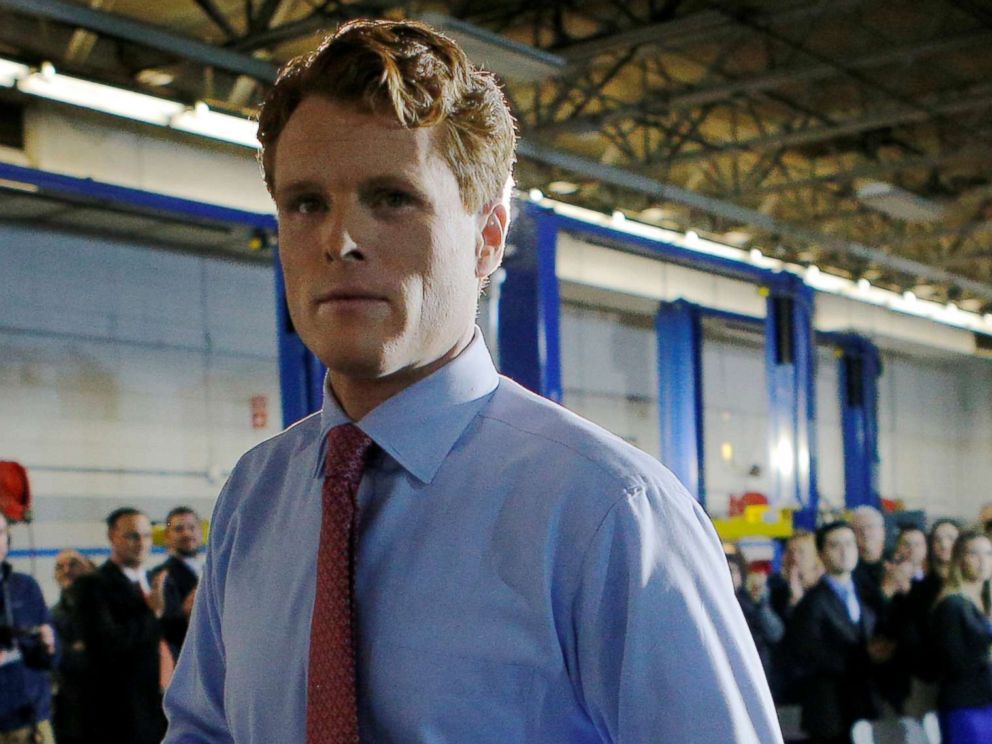 “I think part of what I was trying to articulate last night was that there’s a whole wide series of issues and values that unite Americans,” Kennedy, a grandson of former U.S attorney general and Sen. Robert F. Kennedy, said on ABC News’ “Good Morning America.”

“Let’s focus on that idea, those values, that vision. And that’s a chord that runs through all Americans. That’s not a Democrat or Republican idea.”

Trump and Kennedy focused Tuesday night on the contentious issue of immigration, a sticking point for Democrats and Republicans that contributed to the recent government shutdown. Congress is facing another deadline on the Deferred Action for Childhood Arrivals (DACA) policy again in a few days.

It’s an issue “the vast majority of Congress, Democrats and Republicans, want to solve,” Kennedy said this morning.

But the compromise Trump offered Tuesday night was one the president knows will be a “nonstarter on Capitol Hill,” Kennedy, a grandnephew of former President John F. Kennedy, said.

“I would urge the president and his administration to, if they really want a deal, to sit down and start really hashing out to make one rather than throwing bombs and then saying, ‘Hey, it’s take it or leave it.’ That’s not how a deal is made,” he added.

Disapproval from congressional Democrats in the House chamber was loud and clear Tuesday night, as the president described a compromise in which “nobody gets everything they want, but where our country gets the critical reforms it needs.”

“My duty, and the sacred duty of every elected official in this chamber, is to defend Americans — to protect their safety, their families, their communities, and their right to the American Dream,” Trump said. “Because Americans are Dreamers too.”

The proposed compromise included a pathway to citizenship for 1.8 million so-called Dreamers, the undocumented immigrants who were previously protected by the Obama-era DACA policy that Trump said he will end soon, but also included Trump’s proposed southern border wall and an end to visa lotteries and limits on family immigration sponsorships.

Rep. Joe Kennedy speaks to @GStephanopoulosafter giving the Democratic response to the State of the Union. https://t.co/Uhk1ekQPMEpic.twitter.com/UKaGKnskEm

The economy was another of the president’s talking points, but one he didn’t have to propose for compromise. The president’s tax bill passed at the end of his first year in office.

But Kennedy urged the administration to “press pause” and find a way to include more Americans in this time of “robust economic growth.”

“Let’s try to find a way to leverage that for the benefit of all Americans and not just double-dwn on a tax cut that well, yes, might benefit some folks in the working class and middle class but is, by every economic analysis, wholly weighted towards those at the top,” Kennedy said this morning.

While Kennedy “had fun last night,” he said, the State of the Union rebuttal is billed as a tough gig. The president’s address is a hard act to follow, often leaving the responder with a smaller audience. Kennedy narrowly escaped the “curse” — but did brush up against minor buzz on Twitter over a shiny detail.

Kennedy appeared to go heavy on the lip balm, coating the sides of his mouth.

Without using hyperbole, @joekennedy used too much chapstick his political career is over.

He joked about it today.

“I, oddly enough, decided to go a little light on the Chapstick this morning,” he said on “GMA”.

“More on the coffee, light on the Chapstick, which is probably a wise choice,” he said.

Rep. Kennedy tells @GStephanopoulos he decided “to go light on the Chapstick” this morning after giving the Democratic response to the State of the Union. https://t.co/Uhk1ekQPME pic.twitter.com/h3tCYbOi75

Kennedy is the first in his family of U.S. politicians to give a State of the Union response live. His great-uncle, Sen. Ted Kennedy, gave part of a group response to President Ronald Reagan’s State of the Union address in 1982, though it wasn’t broadcast live.

“It was an extraordinary honor for me it was a privilege to be able to do it,” Kennedy told “GMA.”

8 Replies to “Rep. Joe Kennedy urges Trump to hash out details on immigration ‘rather than throwing bombs’”